A replica of the Mercedes-Benz OM422 V8 industrial engine used to motorize the Claas Jaguar forager harvester, it concludes an intense manufacturing process made public during this year long exhibition. 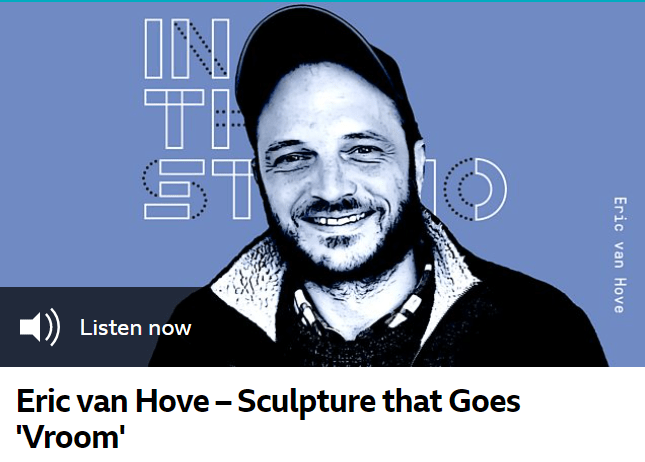 Eric van Hove makes sculpture that goes “vroom”. For the past few years, this conceptual artist has been working in Morocco on a project called the Mahjouba Initiative, which involves building a series of motorbikes using only traditional craft materials. Eric calls this work “a socio-economic sculpture”, the idea being that the pieces can be exhibited as artworks but also used as the prototype for a new vehicle.

Anna McNamee meets Eric and his team as he works on the latest model – the Mahjouba III – which was to be put on show at the 1-54 Contemporary African Art Fair in Marrakech in 2018.

In the documentary (a series of three) ‘The borders of Europe’, Onno Falkena tries to answer the question “Can the EU offer to the minority areas, soport dealing with the minority issues?” In establishing the EU, Europe was expected to be there for the minorities and regions as well. Often, the EU must balance the importance of the people of the regions with that of the nation states. It turns out that Brussels drivers often choose the latter.

A Documentary on Jaroslav Malina – 2009

A Documentary on Jaroslav Malina is een documentaire over een wereldberoemde stage designer.

“How does living under a totalitarian regime affect an artist? This film sheds light on Jaroslav Malina’s life and career, showing how he worked with integrity and imagination, mixed with enough caution to allow him to survive and become a world leader in stage design”

Pure whispering Christiaan Kuitwaard tells in drawings and paintings about his love for the ordinary things around us. Cup, chair, branches, shadow, sea. And especially the silence that lies in it.